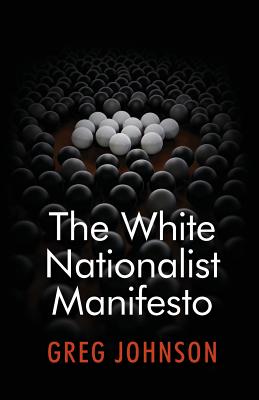 A specter is haunting the world, the specter of White Nationalism.

Trump, Brexit, Le Pen, Orb n, Salvini: white identity politics is on the rise. Even though the entire political establishment, Left and Right, is committed to globalism, populist nationalism is sweeping Europe and put Donald Trump in the White House.

In The White Nationalist Manifesto, Greg Johnson defends the most radical form of white identity politics: White Nationalism, which upholds the right of all white peoples to self-determination.

Multiculturalism is a social experiment imposed by international elites on unwilling nations. That experiment has failed. Diversity is not a source of strength, but of alienation, hatred, and violence. But even those problems pale before the fact that the white race in all its historical homelands is on the road to biological extinction--unless there is radical political change.

The White Nationalist Manifesto is required reading for anyone who wants to understand both the origins and ultimate aims of the rising resistance to globalism, multiculturalism, and liberal democracy.