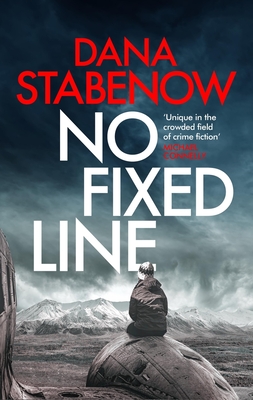 It is New Year’s Eve, nearly six weeks into an off-and-on blizzard that has locked Alaska down, effectively cutting it off from the outside world. But now there are reports of a plane down in the Quilak mountains. With the NTSB (National Transportation Safety Board—responsible for investigating aviation incidents) unable to reach the crash site, ex-Trooper Jim Chopin is pulled out of retirement to try to identify the aircraft, collect the corpses, and determine why no flight has been reported missing. But Jim discovers survivors: two children who don’t speak a word of English. Meanwhile, PI Kate Shugak receives an unexpected and unwelcome accusation from beyond the grave, a charge that could change the face of the Park forever.

Dana Stabenow is the author of the bestselling Kate Shugak series, which includes Less than a Treason, Midnight Come Again, The Singing of the Dead, and Bad Blood. She has won the Edgar Award and the Nero Award, and in 2007 she was named Alaska Artist of the Year in the Governor's Awards for the Arts and Humanities.

"Stabenow is blessed with a rich prose style and a fine eye for detail. An outstanding series." —Washington Post on the Kate Shugak series

“Crime fiction doesn’t get much better than this.” —Booklist starred review of Less than a Treason

"Fans will hope this series goes on forever." — Publishers Weekly

"A fine entry in a series that's deservedly a fan favorite."— Booklist Online